Charly Boy weighs in on the chanced encounter between Olajumoke and TY Bello, that has changed their lives forever. 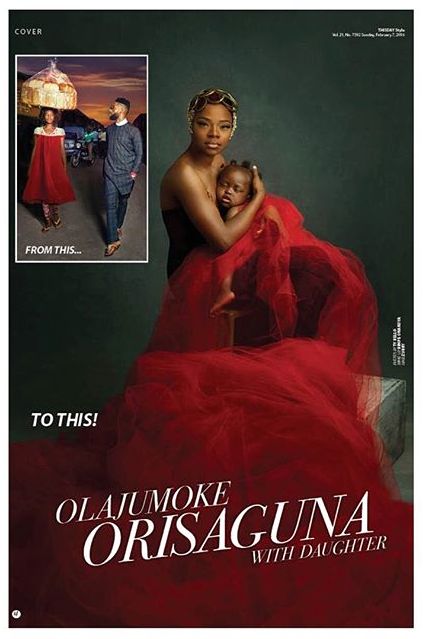 Read what he said below

I’m sure you all know what I’m talking about precisely.

Yes, you’ve heard about it but just in case you didn’t get a hold of the full gist, here you go….

Recently, TYBello, a Nigerian recording artist and photographer, was having a photo-shoot with an American music star called Tinnie Tempah. She had chosen to pitch her set on the streets of Lagos so as, according to her Instagram post, to showcase the beauty of her Lagos rather than be confined in some hole. While on the shoot, a bread seller from Sabo market strayed into the shot. Upon realizing what damage she could have done, this bread hawker became confused, perhaps a little scared, especially with boos and jeers from people who asked her to quickly get out of the set. Alas, TYBello, the photographer, signaled her to walk back into the set and asked for her photograph to be taken and she obliged. TY had seen, through her lens, diamond though very much in the rough at this time.

When I saw the pics on TYBello’s Instagram page, I was pleasantly surprised to know the bread seller concept was not pre-scripted. Kudos to TYBello for her ingenious shots.

The effect of these photos was so overwhelming that the scout for this ‘Waka Pass’ model began. Finally, she was found. She is Olajumoke, 27year old mother of two: a boy of 5 and a 2year old daughter. She can’t write or speak a word of English, she communicates in Yoruba. Though she’s not literate, today, she shares the coveted ThisDay Style Cover with the likes of Dangote, Omotola Jalade-Ekeinde, A’List Socialites and Celebrities, the Crème de la Crème of society,

From a most indigent background, Olajumoke left Osun State where she was a hair dresser, to come to Lagos in search of the Golden Fleece, hawking bread 7times a week with a profit of 200 naira daily.

Even with two children, she didn’t fold her hands and beg for hand-outs, she hawked her way into her destiny.

She was the Golden Fleece that TYBello was going to search for.

In no time, with a make-over, the gold in her is brought to fore and shone in her pictures that have gone viral on the internet.

TYBello has proved with this story that we can create positive movement for one another without waiting for government (government should play their role though). It’s obvious that most of the people who walk around the streets have gold in them; they are all waiting on a gold digger to dig it up.

Nobody is ever useless, no matter the condition you find yourself, no condition is permanent, as long as you are not lazy.

This is the moral of Olajumoke’s story.

Opportunities are all around us everyday but we seize them (or not) by time and chance.