There has been some dispute on Instagram as to whether Tuface cancelled his protest due to bribery by the Nigerian government or actual threat by DSS officials.

There has been an uproar of emotions since he made the announcement last night. A few snippets from these reactions are bellow: 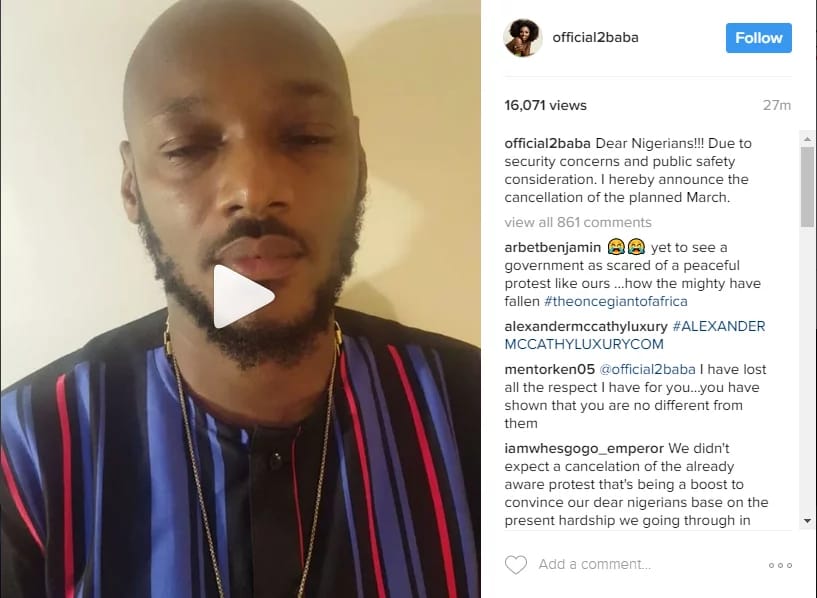 Even Ay Had something to say about the issue.

Ok people. What do you think?