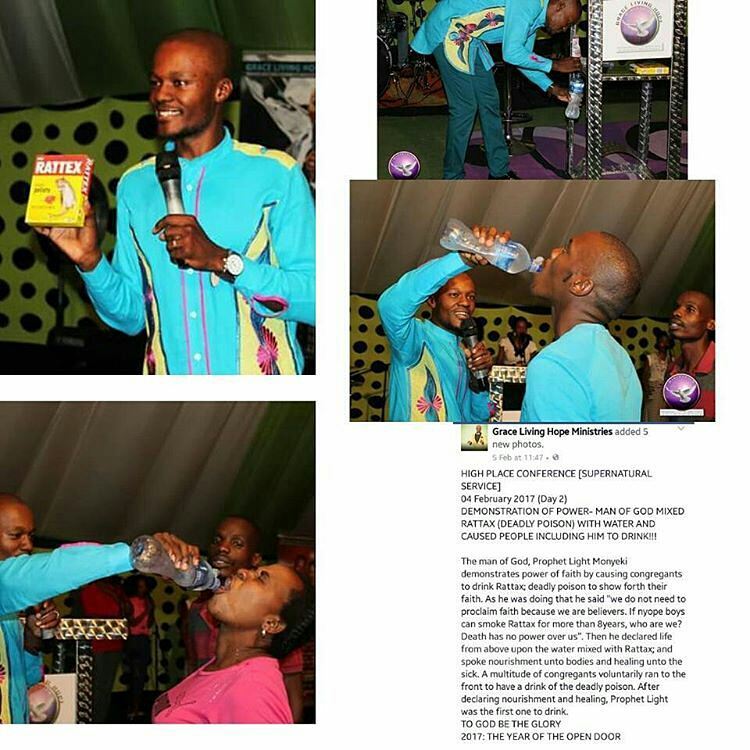 Crime Intelligence and Community Awareness, South Africa published this on its Facebook page moments ago, calling for these pastors to be charged with attempted murder and locked away so that their insane practices stops.
Pastor Light Monyeki from Grace Living Hope Ministries demonstrated power of faith by causing congregants to drink Rattex rat poison. Monyeki held the plastic bottle up and then declared “life from above upon the water mixed with Rattex; and spoke nourishment unto bodies and healing unto the sick” After he drank from the bottle, a multitude of congregants voluntarily ran to the front to partake of the deadly poison.

Really! This is insane. Stupidity at its peak.
Credit: Daily Times