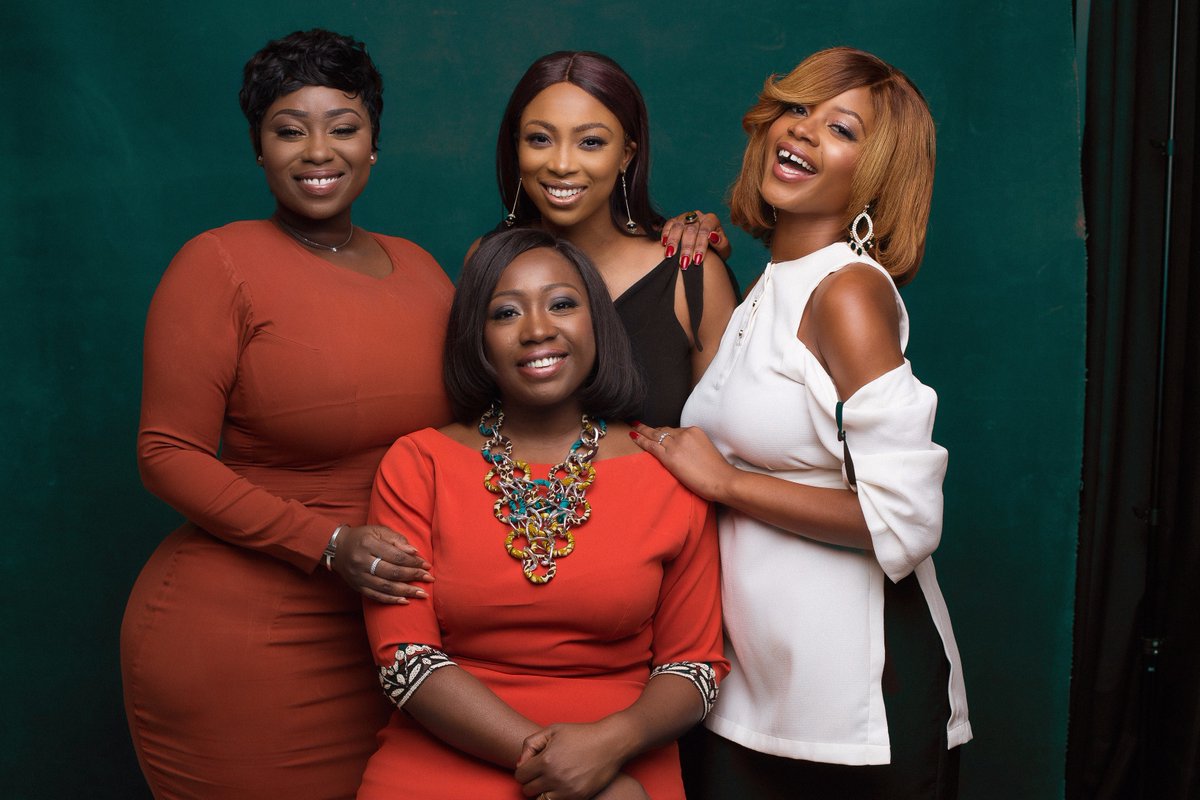 Using their jobs in the media, these women from various works in the industry are changing the status quo and using their achievements to create a different impression of the continent. Talking to Guardian Life for International Women’s Day, they explain the many ways in which they have been able thus far to change the single story, their plans to empower girls and more.

Being raised in four countries, Bolanle Olukanni came back to Nigeria with the mindset of developing the country. That was in 2012, a year before she became the new girl on EbonyLife TV’s Moments show and has from that moment worked tirelessly at becoming a seasoned media personality. Since her introduction to the limelight, she has worked as a cohost for Project Fame West Africa and started her own show On The Carpet with Bolinto.

What are your thoughts on the tide turning against/for women in politics?

A lot more women are interested in politics but the thing about politics in our country is that it is a lot deeper than gender. Our political structure is not good, feasible or easy to get into for both genders. I think Nigerians are very open to seeing women in politics. Although, the political structure is not conducive for both genders but women are less likely to want to be interested in it because of the current situation. But a lot of things are changing, like I have political ambitions and I know it is going to be challenging but I am very much interested in it.

You have done some charity work in the past, what are your thoughts on giving back to society?

When I was living in Ekiti, myself and a friend started a foundation called Girls For The Future which helped girls further their education. I also recently started working for an organisation called Self Worth Organisation for single women and widows. Some of them are young and we recently started a skills acquisition centre so they can have their own source of livelihood.

Can the 21st century woman juggle it all, family, career and social life?

The question is can a human being have it all? I don’t think so.  I think that in life something always suffers and life comes in seasons. In this season I am not married, I don’t have kids, I am focusing on my career. There is going to be a season when I get married and have kids. My career might not be at the forefront of my life and it doesn’t mean I don’t have it all, it just means that my priorities have shifted and that’s fine.

One of the key contributors to CNN’s coverage on the missing Chibok Girls, Stephanie Busari is a seasoned journalist. Since joining CNN in 2008, Busari has worked across some of the network’s most important African stories and recently moved back to Nigeria to become the supervising producer for the network. Being in the industry for over 20 years, she has earned her reputation with multi award-winning journalism.

How are you changing the narrative of the single story in Africa?

Changing the narrative about Africa is something that I have really dedicated my career to. I’ve worked at CNN for eight years and seven out of those, I have been in charge of our African storytelling online. Over that time I have tried to push the boundaries of our narrative. So we’re talking to the young, dynamic, resourceful and resilient Africans that I meet and sharing them with the world. I am taking that further by coming over here to establish a digital bureau for CNN in Lagos where we can have exciting conversations with the people on the ground, push the boundaries of our journalism in terms of innovation in digital journalism.

What has been a determining factor for your success?

It’s good old fashion hard work I’m afraid [laughs], there is no other way. I have worked as a journalist for nearly 20 years and in that time I have been given some breaks but the thing that has propelled me has been hard work, determination and persistence. I started as a reporter and I have done nearly everything in journalism and I always have been driven by my passion for telling stories, connecting with people and giving a voice to people who don’t have one.

Can a woman have it all?

I feel like I hear this question a lot but it’s a question that’s never asked to men.  We have evolved, we aren’t in an age where men go out to work and women stay at home. So it’s not about if women can have it all anymore, it’s about how can families work together to create a balance as a partnership to make sure that the burden of a home and career is not on only one person. This is a question we need to ask ourselves as a society and change the narrative because it takes two people to raise a family. 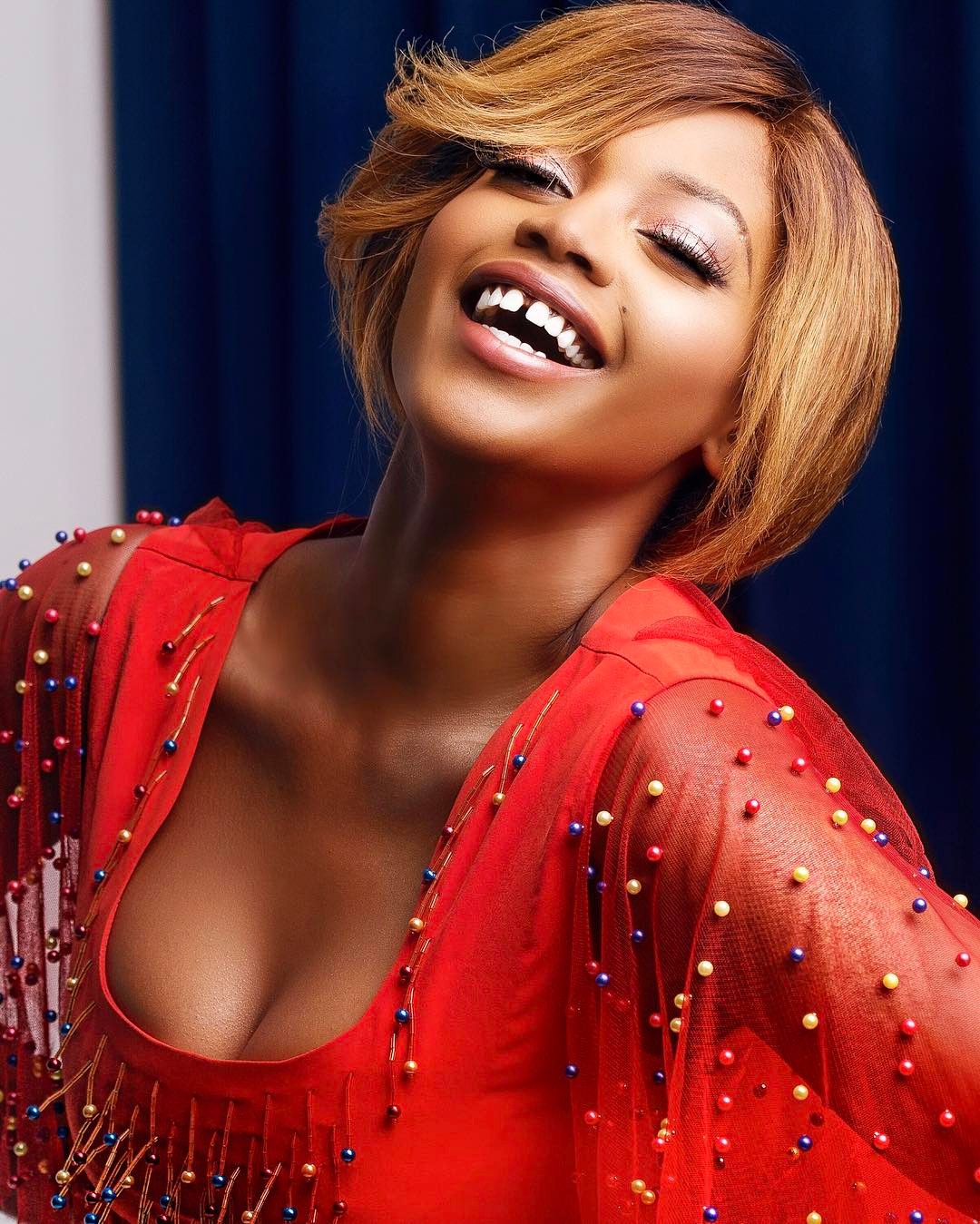 You might know Keturah King from her period as the face and voice of Africa for CNN. Paying due dilligence in her field, she started at Arise News’ showbiz and fashion correspondent, to presenting and producing her own weekly entertainment programme.

Did you feel like you had to return to Africa in order to attain the level of success you have achieved?

I think I’m quite big headed so I can say I could have done it anywhere but Africa definitely gave me a launching pad. I did start at Arise and six months later I was picked up by CNN and became the face of CNN Africa which gave me the chance to be in a prominent position. Which again I don’t think I’d have had if I started in the international sphere or continued there .

What do you think has been the impact of  the influence of women in media in Africa?

I think women in media are changing the story in Africa because Africa previously has been perceived to be dominated by men and I think with the way we are now incorporating women into the media space, we are telling our own stories and controlling the narrative. We are putting women in a positive light and showing that we are more than pretty faces.

How do you balance work, family and your social life?

I think first and foremost if you are in a fantastic relationship with God as your foundation you can definitely have it all. It reflects your work, career and your family. I don’t think you have to give your all or nothing to one part or substitute your career for your family. It is very realistic if you want it. I don’t have it all but I am working towards it.

British-Ghanaian Peace Hyde is the brain behind Aim Higher Africa, a nonprofit dedicated to developing the mindset of young entrepreneurs through information technology and the  West Africa Correspondent for Forbes Africa. Another award-winning journalist, she was also voted as one of the top 50 most influential people in Ghana.

What is it like to be a woman in the 21st century?

I think it’s fair to say that what it means to be a woman in this time is no longer the same. I am blessed to have in my lifetime some amazing women who are achieving phenomenal feats which inspires me to find out how far I can go. Your gender now does not hold you back or define you as much as it used to. In politics, look at Hillary Clinton, the world saw what we would never imagine or a dream become a reality, she ran and she put up a brilliant fight. She may not have won this time but she won for so many women who watched her.

As your platform  isn’t gender focused, how are you making an impact on the females you work with?

Working for Forbes Africa gave me the opportunity to meet people from different walks of life, who are all driven regardless of their background, financial situation and gender. I’m able to take that wealth of knowledge and share it with the people we work with at Aim Higher Africa. The underlying factor of our entrepreneurial experiences is our curriculum, which focuses on changing the mindset, cuts across gender. One of the things we are doing for females is showing them that if they can overcome the power of their mind, work hard and do their best, what they can do is limitless.

What does being successful mean to  you?

I don’t think that I have been successful, I think I’m blessed and I feel that there is a very big difference between the two. Success is something that you are saying, “I did this!” and I feel that nothing has gotten me here if it wasn’t for God’s hand in my life.

How do you think the African woman can manage building a career and raising a family?

Our culture as Africans is very family/marriage focused and there are expectations that women are encouraged to fulfill. I have seen so many women who have it all and it has never been easy, but anything worth achieving in life is always difficult. A woman can have it all as long as she believes what it is that she’s asking for and she adapts her attitude to life to accommodate those things.