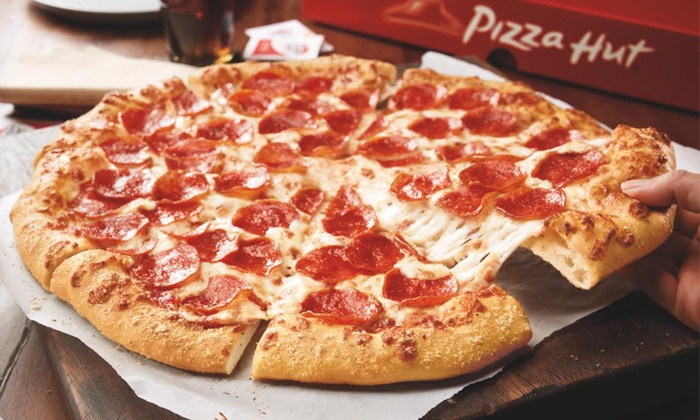 Who ever thought this could happen?
An heated argument over how pepperoni and cheese are placed on a pizza led to someone being pepper-sprayed?
Well, that’s what happened to one Pizza Hut worker in Sandy Springs, GA.
According to AJC.com, police responded to call at a local Pizza Hut regarding two employees engaged in a heated altercation, ending with a supervisor spraying a female coworker with a chemical agent.
Sandy Springs Police have issued a warrant for the arrest of Anderson Ramon Lewis for disorderly conduct. The pepper spray was discharged in the direction of the female victim’s face, but police said it didn’t seriously harm her as it landed on her arm.
Police said witnesses told them Lewis initially confronted the victim about the placement of the pizza ingredients, before telling her that she “needed to go home or get fired.” She responded by telling Lewis that he wasn’t her manager.
Witnesses, including the general manager of the Pizza Hut, told police that Lewis started threatening her husband and talking about the victim’s brother, who died two weeks prior.
Police said the general manager attempted to separate the two and told Lewis he needed to leave. Lewis left, but came back and continued to provoke the victim, police said.
That’s when Lewis discharged the pepper spray at the victim and in front of the general manager and other employees, police said. Before Lewis left the store again, he wrote his address on a paper napkin, slammed it down on the counter and said if the victim wanted to fight, that’s where she could find him. Lewis also threw trays of pizza and dough on the floor as he was leaving.
The responding officer attempted to call Lewis shortly after the incident. A male answered and said, “Don’t call me again (from a blocked number) because I’m not going to answer,” and hung up.
As of Wednesday, police were still searching for Lewis.
Although Lewis is still on the loose, it’s certain that this guy is without a job after this ordeal…