A pair of odd coloured diamonds have become the world’s most expensive earrings after they were sold for a staggering $57.4million. 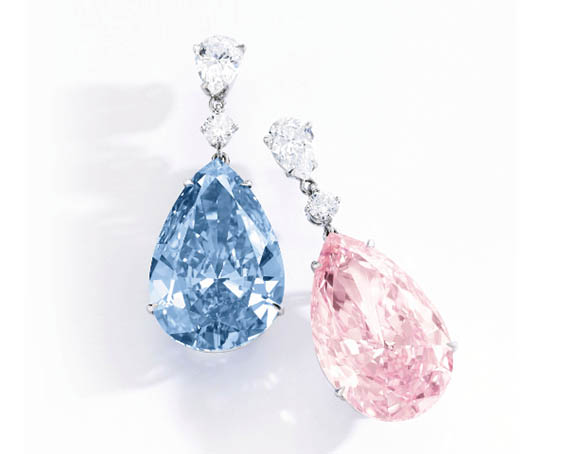 The Apollo and Artemis Diamonds are described as “truly exceptional stones” which are in a “class of their own” when considered as a pair. The stone Apollo is a 14.54 carat vivid blue diamond which has been cut and polished into a pear shape. And its Artemis partner is a 16 carat fancy intense pink diamond.
The blue and pink pear-shaped diamonds, were auctioned off at Sotheby’s on Tuesday night. Although sold separately, the same buyer purchased both pieces—the blue for over $42 million and the pink for over $15 million.
While the buyer didn’t want to be identified, Sotheby’s chief auctioneer David Bennett, told the ABC that he had renamed the blue earring “The Memory of Autumn Leaves” and the pink one “The Dream of Autumn Leaves”.