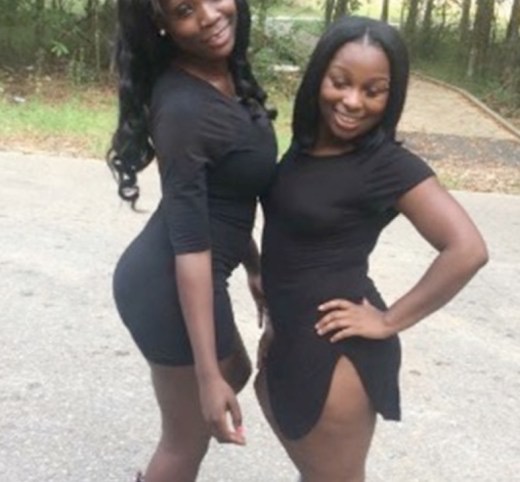 Here is what she had to say on their GoFundMe page: “Wedding date is February 12,2018 trying too raise money too go towards our wedding and tv show!!! Since the original story was erased because everybody had so much too say let me write it over!!! .
My fiancé and I are trying too put together a TV show so that y’all could get a better understanding of the situation. Yasss we do have the same baby daddy she has a little girl and I have a son for the same Guy! Since y’all wanna know every detail we both have babies for this married man.
We started dating back in 2014 after finding out we was messing with the same dude! My finance been dealing with the dude since 2012 and I started dealing with him at the beginning of 2014.
To answer y’all question NO neither one of us had kids for this guy once we started dating each other! Yes there were 3sums involved dats how we gained feelings for one another.
So later down the line I became pregnant remember both of us was fucking dude at the same time and this been going on since 2014. So I had my son in May and in June she found she was pregnant.
By this time me and her was already in love so as the years went by the love was so real too the point we decided we was ready too become one… So February 12,2017 I proposed too her in front of the whole hood at her birthday Block party! No we not broke, No this ain’t a joke, and yes we’re really together!!!!! .
The goal is 10,000 know we not expecting y’all too give us that much. I cud write a book too help y’all understand bt I can’t….. All the judgmental comments are not caused for because with y’all help are without WE ARE GETTING MARRIED!!!!!!”. They have raised $105 of the $10k.