Venus Williams Breaks Down In Tears At Wimbledon Over Fatal Crash 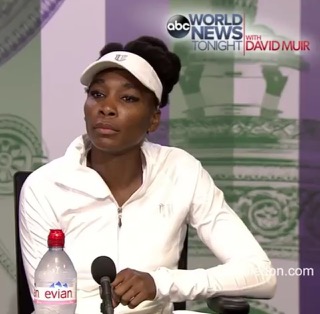 Tennis star Venus Williams was in tears after her win over Elise Mertens at the Wimbledon Open. The former Wimbledon champion has been in the news recently as she was involved in a car crash that led to the death of a 78-year old man. When questioned by ABC News on the circumstances surrounding the crash, Venus struggled to say “There are no words to say how devastating it is. I’m completely speechless” before breaking down in tears and the interview had to be cut short.
Watch Video: