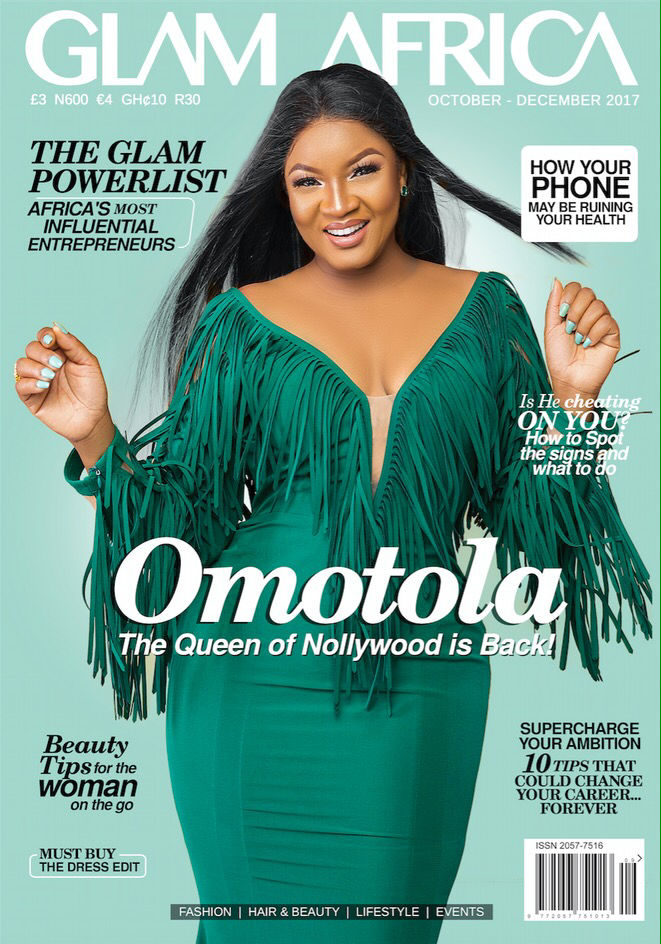 “When I got the script, I wasn’t actually ready to go back to the big screen, but I liked the script and story. A lot of people don’t talk about PTSD and mental illness in Nigeria, and I like to bring attention to such issues … I wanted something meaningful, the kind of project that I would be proud of having helped create.

The Glam Africa’s Editor, Fadekemi Sulaiman she said the Glam Africa team was proud to be celebrating the legendary and inspiring Omotola.
Read the full interview in the latest issue www.glamafrica.com/magazine