A Mother ‘Arwen Kuhn’ Arrested For Burning 3 Year Old Son, With Chemicals, Putting A Leash On & Locking Him In A Dog Cage 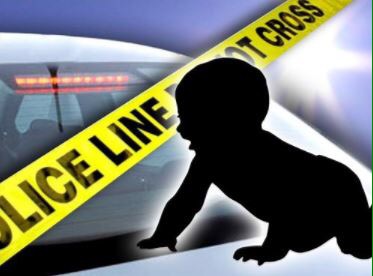 Arwen Kuhn, accused of burning her 3-year-old son with chemicals, putting him on a leash and keeping him in a dog cage, has been arrested.

Police in St. Marys charged her with a list of charges including aggravated assault and false imprisonment of a minor.

A judge has set a preliminary hearing for August 29, 2017 and according to a police affidavit the child’s dad says he dropped the boy off at Kuhn’s house for three days last year. He says when he picked up the child, he noticed a scab on his bellybutton and bruises on his head.

He took the child to a hospital, where it was determined that the boy had chemical burns. His eyes were also red and said they hurt in the night. Investigators say they believe the 38-year-old Kuhn dropped the boy on his stomach and sprayed hydrogen peroxide in his eyes, in addition to leashing him and locking him in a cage.

The boy also had seizures while at Kuhn’s house, and she did not seek help or treatment for him, according to court records. Police allege she had taken videos of some of the abuse.