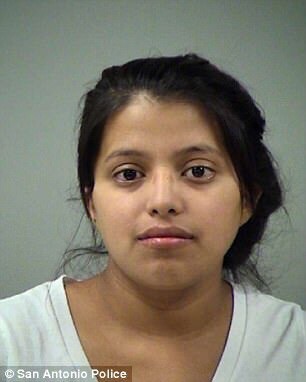 Teenage girl working as a babysitter is accused of committing sordid sexual acts with the four-year-old boy she was left in care.

Esmeralda Marie Medelli, 18, was arrested after police allege DNA tests on both the babysitter and the boy confirmed allegations raised by the child’s mother. Police said they were shocked at the graphic nature of the alleged offences.
Detectives are still piecing together exactly what they know about the incident but they have arrested the girl. Police in San Antonio, Texas, claimed Medellin was babysitting the boy when the alleged assault happened back in March.
According to an arrest affidavit, the boy told his mother Medellin forced him to perform sex acts on her. The mother was distressed. She called in police immediately and officers made the decision to carry out DNA tests on both Medellin and the boy.
In the official affidavit on the matter, officers state the DNA results collected from the alleged assault apparently confirmed the little boy’s account of everything that happened.
Medellin is now charged with “aggravated sexual assault of a child” and further details are likely to be released by police in the coming weeks.