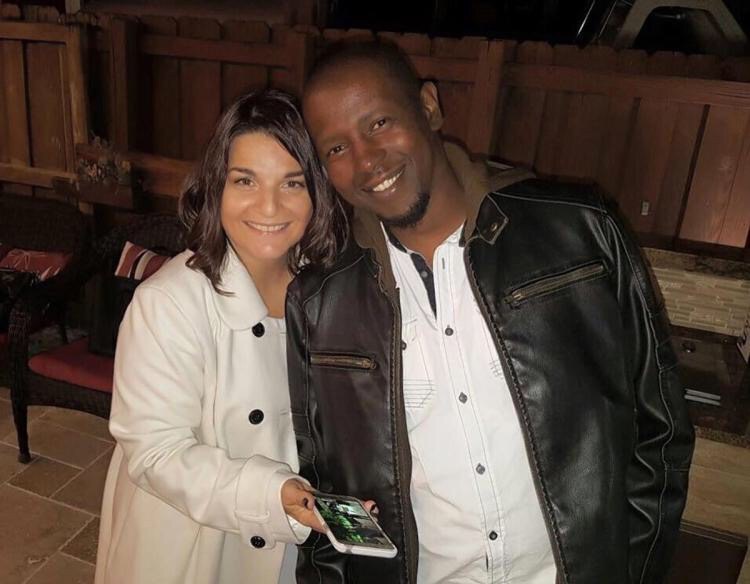 A Florida woman struck her estranged husband in the face when he tried to go into her bedroom as she was “pleasuring herself,” according to documents obtained by The Smoking Gun.

Police responded to a reported domestic incident last Thursday where they found 43-year-old Garrett Higgs standing in the driveway of a Port St. Lucie home which he shares with his 42-year-old wife Flavia Higgs.

Garrett told police he “heard moaning from the house” when he got home after midnight, The Smoking Gun reports. He soon realized the noises were coming from his wife’s room and when he tried to go in the door was locked.

Garrett tried banging on the door, but no one answered. Thinking there was another man in the house, Garrett tried to use a screwdriver to get the door open.

Higgs attempted to block Garrett from entering the room and when a confrontation happened she allegedly struck him in the face. Garrett and Flavia both have separate bedrooms inside of the home.

The two are reportedly estranged and Garrett told police he and his wife “had not had any intimate time in over a year.” Higgs told police her relationship with her husband was “failing” and when Garrett “barged into the room” she was “pleasuring herself.”

Police charged Higgs with misdemeanor domestic battery because she was the first to initiate physical contact. She was released after being booked at the St. Lucie County Jail.