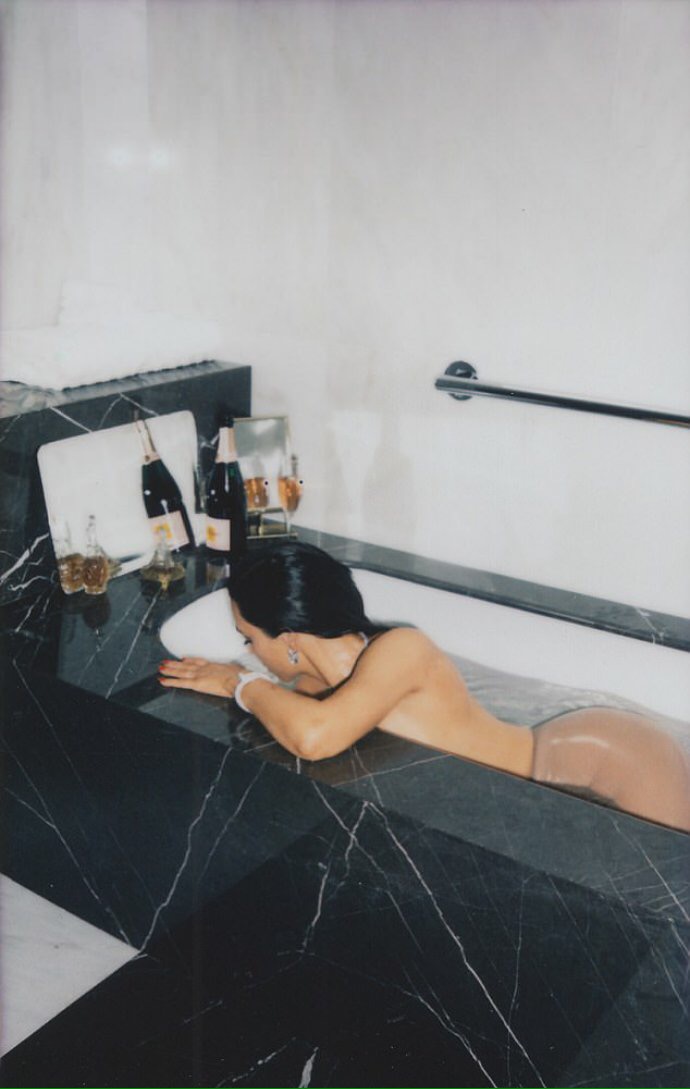 Kim wore a red lipstick while kissing a red cherry. Another photo shows her topless and covering her chest with her hands while only wearing some jewelry. She also bares cleavage in another shot featuring her wearing a black bathrobe with her hair wrapped in a white towel.
See photo: 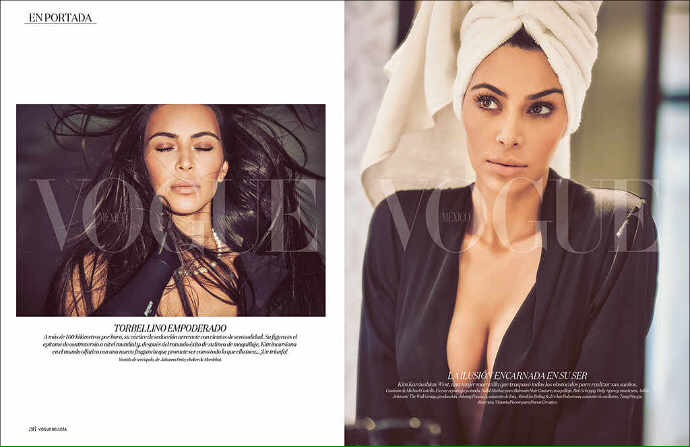 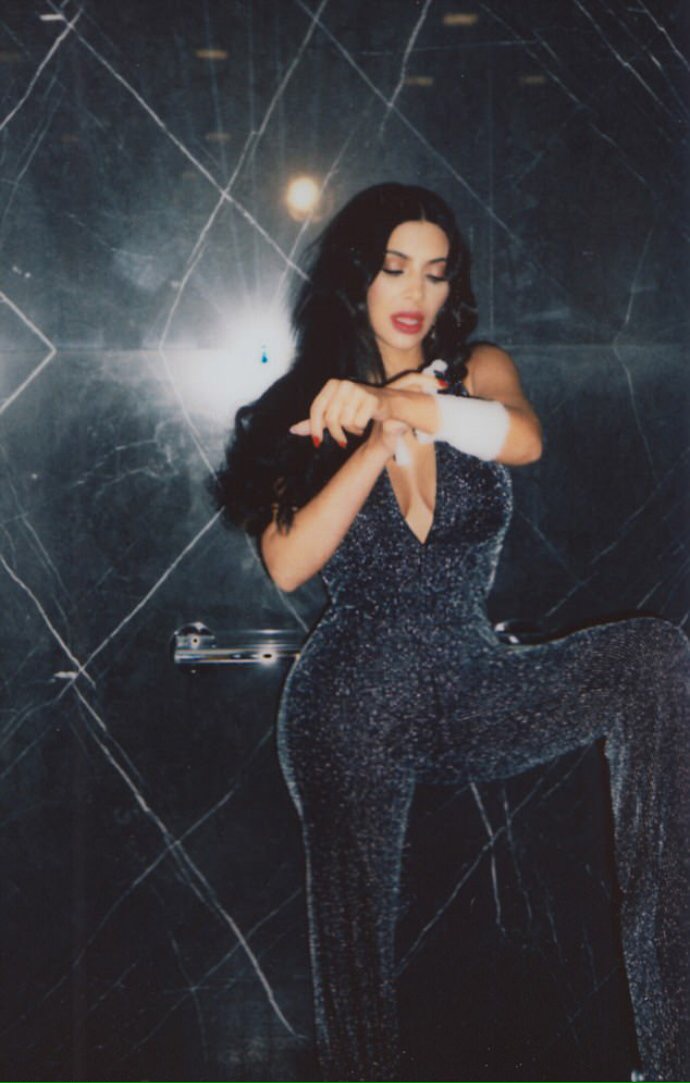 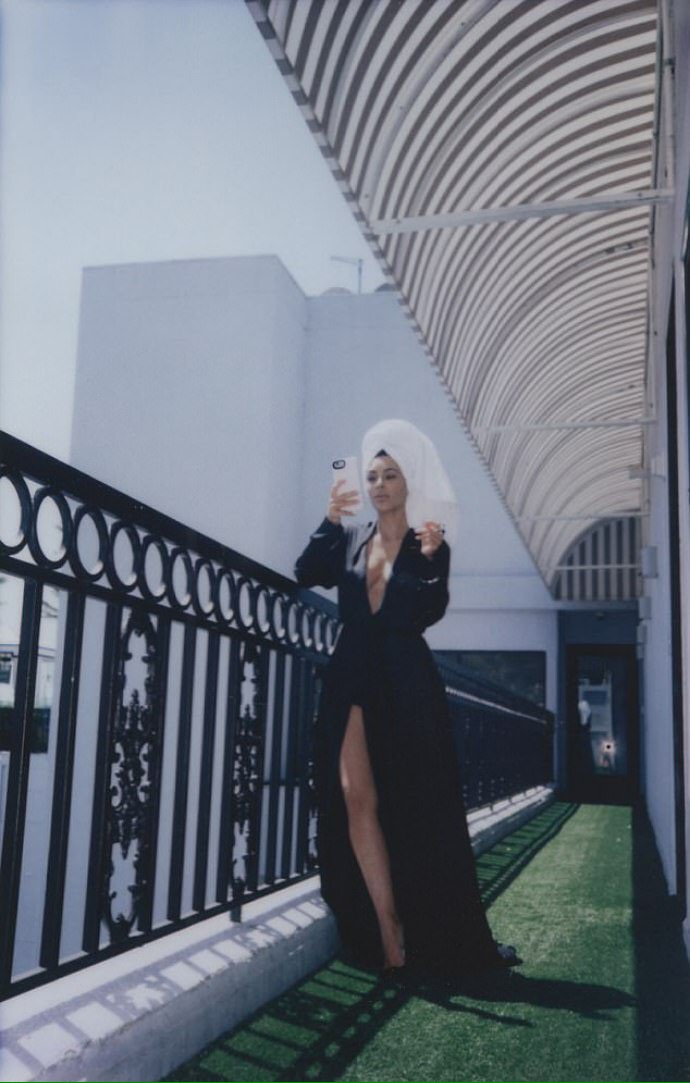