Rob Kardashian Moves In With Blac Chyna; Kylie Jenner is Livid Over It

Blac Chyna, 27, has a very  long and storied past with the Kardashian/Jenners, which was initiated by a close friendship with Kim Kardashian. They were so close, they used to take belfies together (that’s a selfie that includes your butt), lol.

Things soured when Blac Chyna’s ex-fiance, and the father of her son King Cairo, Tyga, 26, took up with Kardashian’s then-17-year-old sister Kylie Jenner.

Next thing, her best mate Amber Rose and Khloe Kardashian entered into a tweetfight over the Tyga/Jenner affair. Oh, and Amber Rose is the ex-girlfriend of Kanye West, who is now married to Kim Kardashian. Confusing, lool.

So now we come to the present. Blac Chyna posted a picture to Instagram of herself encircled by a tattooed arm, which from the markings inked on it, appears to belong to Rob Kardashian, 28. She captioned it, “The beginning”. Uh huh. And then? 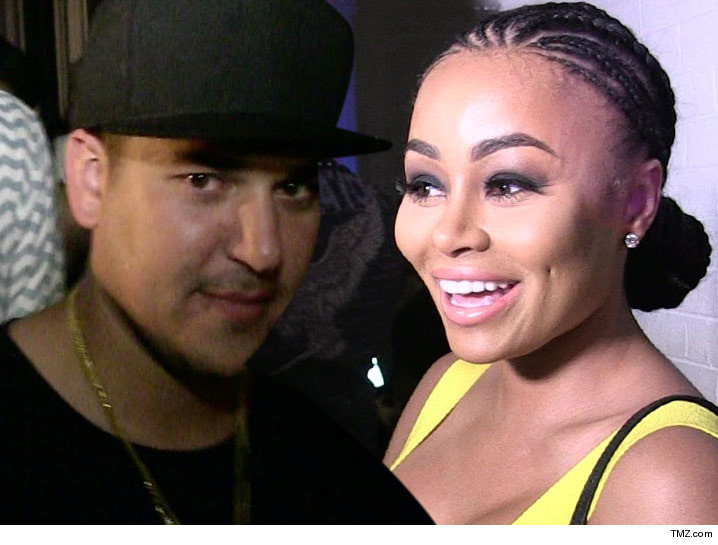 Yup. As Rob Kardashian has so eloquently stated, as the only male Kardashian, any offspring of his would be the only ones to carry on that great name. And that shouldn’t be far off seeing as he has moved in Blac Chyna.

Khloe Kardashian is once again wading into the fray.

People magazine reports that Kylie Jenner is “livid” at this turn of events and feels “super betrayed” by her brother.

She “can’t understand why someone in her own family would stab her in the back.