The outcome sets the country on an uncertain path and deals the largest setback to European efforts to forge greater unity since World War II. 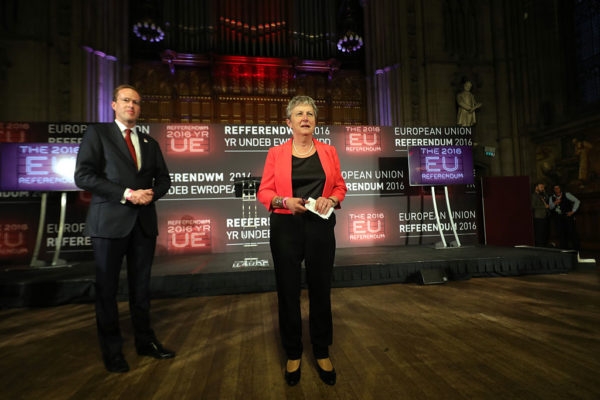 The Leave camp secured about 51.9 per cent of the total votes cast.

Sterling suffered its biggest one-day fall of more than 9 per cent against the dollar, hitting its lowest level in three decades on market fears the decision will hit investment in the world’s 5th largest economy.

The vote will initiate at least two years of messy divorce proceedings with the EU, raise questions over London’s role as a global financial capital and put huge pressure on Prime Minister David Cameron to resign, though he pledged during the campaign to stay on whatever the result.

The euro slumped around 3.5 per cent against the dollar on concerns a ‘Brexit’ vote will do wider economic and political damage to what will become a 27-member union.

There was no immediate comment from the Bank of England.

“The British people have voted to leave the EU and their will must be respected.

The will of the British people is an instruction that must be delivered.

There can be no doubt about the result.

Across the world people have been watching the choice that Britain has made.

This will require strong, determined and committed leadership.

I am very proud to have been Prime Minister of this country for six years.

I have held nothing back.

The British people have made a very clear decision to leave.

I do not think I can be the captain to take the country to its next destination.

In my view I think we should have a new prime minister in place by the start of the Conservative conference in October,” he said.