Musa Danjuma’s Alleged Mistress Comes For Caroline Danjuma On Instagram, After A Troll Calls Her Out

Caroline Danjuma is in the news again and yes, its because of her husband’s wandering eyes.  A lot of  drama has been happening on Caroline Danjuma’s page after the beauty enthusiast posted a video of her dancing and having fun. An Instagram user with the handle @WhatzHot called on Caroline to check out the newly opened page where they were exposing Caroline Danjuma’s husband’s alleged mistress but Caroline was is obviously tired and doesn’t even care. She responded to the account that the mistress can “have all of him with a bag of chips on the side”. OUCH!

The alleged mistress who is Atlanta based Antoinette Audream didn’t take the allegations lying low and clapped back with a cryptic post on her page (which has since been deleted) and according to her, the @WhatzHot page was opened by Caroline to feed the blogs and feed off her fame. She alleged that Caroline Danjuma cheats like she is in a competition with Musa. Caroline has not responded to any of her rants. 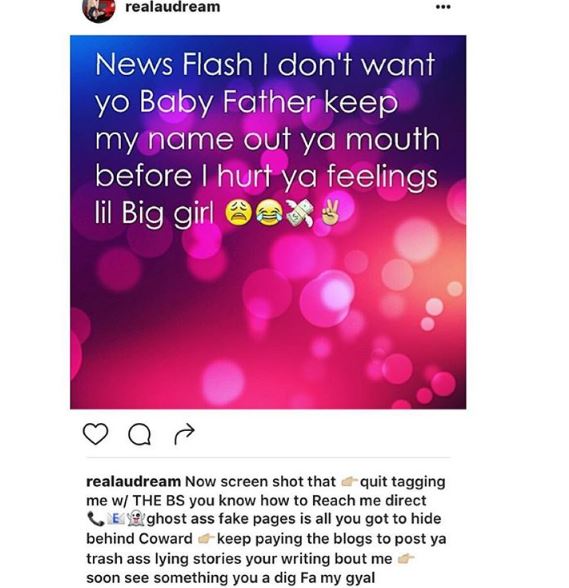 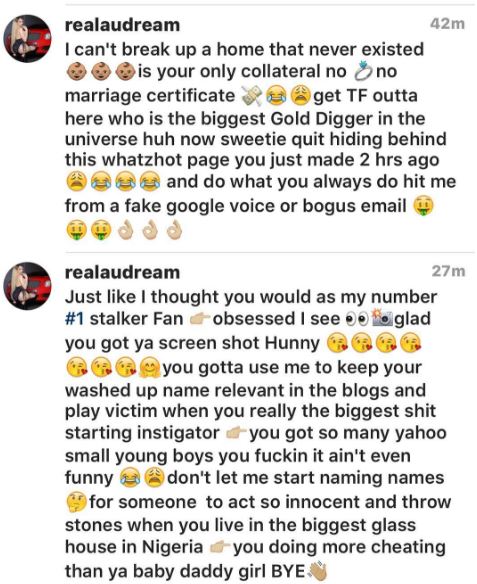 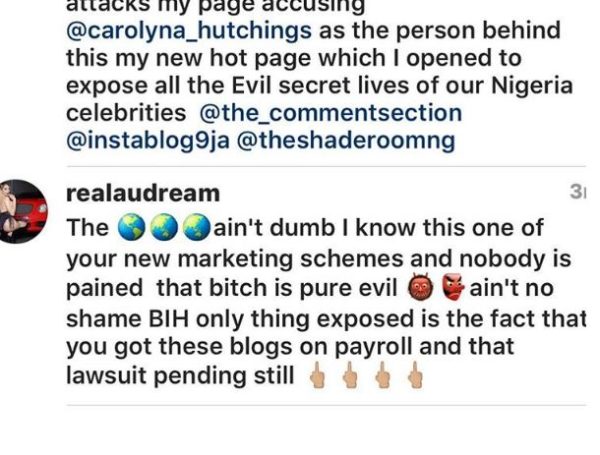