The movie producer covers Guardian Life magazine and he talks passionately about his love for culture, which is evident in most of his work, particularly October 1st. 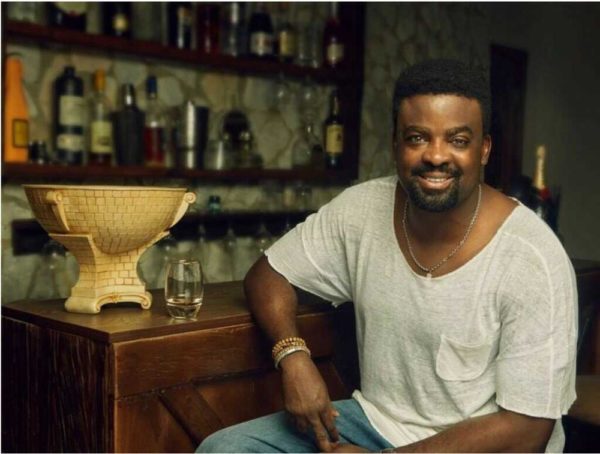 Guardian Life had a few words with Kunle Afolayan on his journey to fame. Here are a few experts from the magazine.

How would you describe yourself? Where were you born and where did you study?

Well I am Kunle, I am real. I am very focused. If I believe in something, I just go for it.  I am a dreamer. Once I dream, I work towards actualizing it, I put in all my energy and that has always worked for me. I was born in Lagos, I spent three years of my life in Kwara state, that’s where I am from. I did the latter part of my college in Kwara and after then I came back to Lagos. After that I did my higher institution in Lagos State Polytechnic.  I only spent about six months in the UK studying digital film making and since then I have been back in Lagos. I studied business administration and worked at the bank for about seven years. Then I started making films. I started as an actor in 1998 and I set up my production company in 2005, I made my first film in 2006 and that is what it has been. I do TV production, we do documentaries, commercials, film, a lot of people know me for feature films but my Golden Effect company runs on its own. I run as a brand.

How did you initially get into directing?  What inspired you to go towards this path?

When I was going to start, I was actually going to start as a filmmaker, then I reached out to some people who worked with my father in the past and some of them just thought I was a joke. Film making is something you have to learn. Yes it is an acquired skill but you can’t say, “Oh I have talent of being a film maker.” You have to learn, and with the camera you have to learn how to operate all these gears. It is a lot of processes. Going to them I was barely 20. I went to Tunde Kelani, I went to a few people. They told me, for you to be a filmmaker you have to learn it. You go to school but you look like you have a good face for camera, why don’t you start as an actor just like your father? Then he said we are working on Sunday, you can come for audition and I was picked. We did the film Saworoide in ’98. The production values were really good, it made a hit, I played a prince.  It was a very good film and it gave me a lot of mileage. I was already working in a bank when we shot that film.  After that it was difficult for me to do a lot because of my bank work.

Tell us about your creative process, how did the idea for a period movie like October 1st come about?

I love culture. A lot of times, my heart skips when I remember that some of these things are going. I remember we don’t archive things in this country. I remember that in the nearest future my children won’t be speaking our language. So I said I want to do a small film set in a small location about a particular tribe. They don’t speak Yoruba, they don’t speak Igbo or Hausa, they speak a minority language. It was pretty difficult. Tunde Babalola who wrote the film gave me the synopsis for October 1st, that was not what I was looking to do, I was looking to do a small budget film, anything period of course will increase your budget. In re-enacting the period you need to spend a lot of money especially in a country where you don’t have archives. It was a bit difficult to shoot, because we had to travel to Ondo to all these places that depict what we were looking for but in the end we pulled it off.

Does Nigeria need to start again?  Wole Soyinka has talked about the unfairness of our constitution. What are you personal views towards this in relation to the film?

Prof is old school, he is very experienced, he was one of those who started the entire journey. Right now if he is saying we should start again, it means our entire generation failed us, and most of them agreed to that. In starting again how do we do that? I think everybody should use their medium to influence in the best way that they can. I am a filmmaker and I can only preach what I believe in and same way a lot of people preach what they believe on social media and use every available medium and people will pick that up.  There is no control in this country, no quality control to a large extent and moral control is going. I will always use film as a medium to preach what I believe in. Somewhere in my subconscious I am still very old school, I value culture, it reflects in everything I do, my way of life, the way I try to raise my children. I think that will go a great deal, even if you are placed with the rest of the world, you can still spot the difference. You know who you are, where you’re from. Even if you are going to borrow any culture it will be at your discretion. If I want to do a film and it’s a language film, no matter how fantastic or talented you are I might not have the resources to learn the language. I would rather choose someone that can speak a language that is why it is important to be connected to who you are.

Your films are serious. When you look at the films in Nigeria that become wildly popular such as A Trip to Jamaica and The Wedding Party… do you see yourself venturing into a different genre?

A lot of people are doing the wedding parties and trips to Jamaica and they are very commercial. I don’t make films for commercial reasons; I don’t want people to see my films and just laugh, I want them to see my film and discuss it. It doesn’t make those other films anything bad, it is just their style, my style is different.