Days after he was caught in bed with a church member, Pastor O. Jermaine Simmons, 37, of Jacob Chapel Baptist Church, has apologized to his congregation.

Pastor Simmons fled naked when the husband of his mistress caught them in action. He was at Claynisha Stephens’ home in Tallahassee, Florida, to discuss a charity project when they became intimate on her daughter’s bed at around 2pm on January 17. Claynisha’s husband, Benjamin, 38, caught both of them less than an hour later when he returned home with their 6-year-old son, after getting a call from his school that he was sick. Teachers had tried to reach Claynisha but she didn’t answer the phone having already gotten into bed with the pastor, a police report indicated.

On seeing them together in bed, Benjamin got curious and threatened to kill Simmons. He pulled out a handgun from his bedroom and Pastor Simmons ran away without his clothes, keys, phone or wallet to hide by a fence.

Benjamin kept hold of his gun in the home and threatened to turn up at the church to make a ‘statement’ about what had happened. He took Simmons’ belongings and left the house. A friend later came to pick up Pastor Simmons. Claynisha stood in front of her husband, begging him not to shoot anyone in front of their son. She called the police when her husband fled in his car. 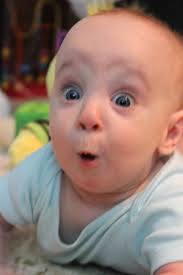 According to the police report, Claynisha said she and Pastor Simmons had been building a bond since October last year and that on the day in question, he had visited her apartment to discuss potential charity work but that they became intimate.

“Simmons had come to her residence and they engaged in sexual activity.

As they were so engaged, staff at the school attempted to contact (the woman) via telephone to inform her that her six-year-old son was ill.

After failing to reach her, staff at the school contacted (her husband who) retrieved his son from the school and transported him to the residence.

When (he) arrived at the residence with their son, he discovered her and Simmons lying upon her daughter’s bed engaged in sexual activity.

He loudly exclaimed ‘I’m going to kill him’ at which point Simmons immediately fled from the apartment in a state of undress,” the police report read.

“You cannot defend sin. This isn’t about nobody else but me,’ Simmons said, apologizing to his church members. He also revealed that his wife Elise had decided to stand by him.

“What I am asking of our members, and it’s something I may or may not get, and that is your prayers, I’m asking for your forgiveness.”

“I’m hurting because I’ve hurt you,” Simmons said. “I can’t speak to people on the outside. I am not Tallahassee’s pastor. I am not Florida’s pastor. I am Jacob Chapel’s pastor. It hurts me that you have to defend my actions, because when you love somebody you want to fight for it, you want to defend. But let me be very clear, you cannot defend sin.”

He said he was being ‘pushed forward’ by God and that he was a ‘work in progress’. The pastor, who has one young son, also advised members of the congregation not to engage in talks about his infidelity on the internet which he called a ‘world of sharks’.