February 2, 2017 libbyorc
Governor of Ekiti State, Ayodele Fayose has claimed that most of the protests staged against former president, Goodluck Jonathan, were financed by the All Progressives Congress (APC) and its national leader, Asiwaju Bola Tinubu. 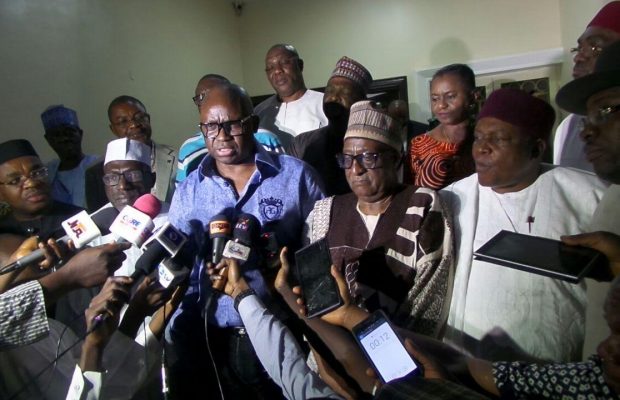 Fayose stated this while responding to backlash over his stand on the ‘Enough is Enough’ group, after he declared his support for the nationwide protest that will be led by singer 2face Idibia next week.

In his statement released by his media aide, Lere Olayinka, Fayose insisted that the APC used entertainment figures like 9ice, Jide Kosoko, Dayo Adeneye and Desmond Elliott to campaign against Jonathan’s administration.

He also alleged they did it in exchange for appointments and political positions.

He said: “The APC online supporters have warned Tuface against allowing opposition politicians to join the protest. The hypocrisy of these APC people is legendary!

“Anyway, for the sake of clarity, Fayose only declared support for the rally being an opposition figure! However, If Fayose is one of those bankrolling the protest, so be it. I want to say without any fear or favour that 90% of protests staged against Goodluck Jonathan government had financial support from Bourdillon and APC controlled states and I stand corrected.

“All the aforementioned entertainers were at Freedom Park, Ojota in January 2012 for one week, singing against Jonathan in the presence of Pastor Tunde Bakare of the CPC (now APC) and Dino Melaye; and Heaven did not fall then.

“Those of you making noise today applauded anti-Jonathan protesters and the opposition politicians supporting them. The then Governor of Ekiti State, Kayode Fayemi in particular gave N10 million to Occupy Naija members in Ado-Ekiti. So why should Fayose’s case be different?”