Injustice As Data Reveals 72.53% Of Inmates In Nigerian prisons Are Yet To Be Sentenced.

The  data released from the National Bureau of Statistics (NBS), states that 72.53% of inmates in prisons across the country are not sentenced. The prison report was released on January 19, 2017, by the NBS. It gave an overview of detainees awaiting sentencing and  the overall prison population by state and year from 2011 to 2015. 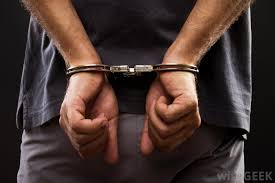 There is an increase in crime rate on a daily basis. The economic instability is at the top of the list as one of the cause. But I really don’t see a reason why an alleged criminal should be arrested without fair trail. 72% is such a high rate. The judiciary ought to look into this. Am very sure there are a lot of innocent citizens being locked up for crimes they did not commit.

Injustice At It’s Peak. What do you think can be done to address this issue?