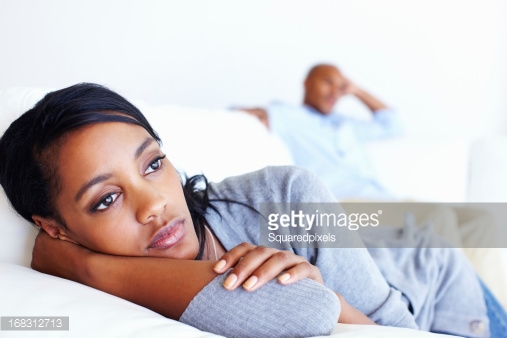 Boredom creeps in whenever we get comfortable in a relationship. Doing the same things over and over again on a daily basis can get on your nerves. The initial period is filled with lust and everything is a high. But then starts the ups and downs. Initially you exclaim, ‘He’s so exciting!’ and later on you say, ‘He’s so damn boring!’. Trust me babes, I can relate to that.

Well, this may have to do with the human tendency to like people when we first meet but then, as we grow closer, we discover things that we may not like. We expect things to go back to the way they were but change as usual is inevitable. So the things you do together in a relationship might start seeming like a chore. And this in turn leads to boredom.

A man who’s naturally boring isn’t going to easily change his ways. In fact, you’re going to have to work a little harder to get this guy out of the living room and into the world. Again, it isn’t impossible…it just requires a little more persuasion. So, let us see how to deal with a boring boyfriend.
Contemplate your reasons for getting bored: Before speaking to your boyfriend about how boring he has become, you need to ascertain the reasons why you feel that you’re dealing with a boring boyfriend. Critically examine if you are bored by him or is it you who is boring or did you both just change for the worse.

Speak to him about it: Next step in how to deal with a boring boyfriend is to take him by the horns. Speak to him directly about your concerns. Communication goes a long way in breaking down the barriers.

Do something which excites him: Play a game with him on Xbox or go to the gym with him or try to watch his football matches with him. Just do something that excites him. He will be glad that you’re attempting to do something that he loves. This is one relationship tip which goes to every couple. Do things for each other.
Try new things together: Break out of the loop and do something totally out of the blue. Something sexy, something sweet, something you have never done before. Dealing with a boring boyfriend will be easier, as you both will be involved in doing something that neither of you likes.
Spend less time together: Another relationship tip that actually makes sense is spending lesser time with each other as a couple. Initially, it is cute, but then, it just gets repetitive and you find yourself here, trying to figure out how to deal with a boring boyfriend. Spell out your terms.

Finally, give him an ultimatum: That should jolt him out of his boring ways. Tell him in simple terms that he will lose you if you continue along the same lines. Seems harsh right? But sometimes you have to do things that bring them back to reality.
Good luck babes!
LIBS OF ORC