Just months shy of her 10-year wedding anniversary, Melanie “Mel B” Brown has filed for divorce from husband Stephen Belafonte. 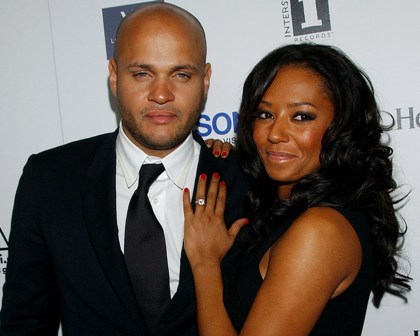 In a divorce paper the former Spice Girl member listed the date of separation as December 28 and asked for joint legal and physical custody of their daughter, Madison Brown Belafonte, 5. In addition, the America’s Got Talent judge, 41, has requested to terminate the court’s ability to award spousal support.

Brown has two daughters from previous relationships: Angel Iris Murphy Brown, 9, and Phoenix Chi Gulzar, 17 (from her relationships with ex-boyfriend Eddie Murphy and ex-husband Jimmy Gulzar, respectively). Belafonte has one daughter, Giselle, 12 from his relationship with ex-girlfriend Nicole Contreras.

The couple secretly married in June 2007 in Las Vegas after five months of dating and renewed their vows over a year later in November 2008.

Throughout her decade long romance with Belafonte, Mel B has been very vocal about everything from the couple’s sex life to denying domestic abuse allegations.

Though she claimed the pair officially called it quits in late December, there appeared to be no signs of divorce on their social media accounts as of February.