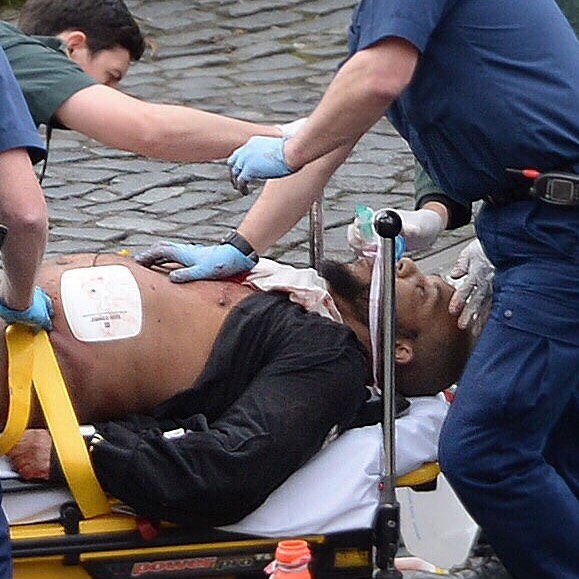 The man seen on the stretcher is the person suspected of carrying out the London terror attack on Parliament in Westminster.

Summary of the attack includes:

The ministry said the two had been taken to hospital for treatment, without giving details of their condition.

“Our thoughts are with the friends and families of those affected by today’s incident.

“We were called to the incident at 2.40pm today, with the first ambulance crew arriving within six minutes.

“We sent a number of resources to the scene including ambulance crews, London’s Air Ambulance and specialist teams trained to respond to this type of incident.

“We have been working closely with other members of the emergency services at the scene, with our priority being to ensure patients received the medical help they needed as quickly as possible.

“We declared a major incident and our priority was to assess patients and ensure that they were treated and taken to hospital as soon as possible.

“I would like to thank our staff and the other emergency services who responded today.