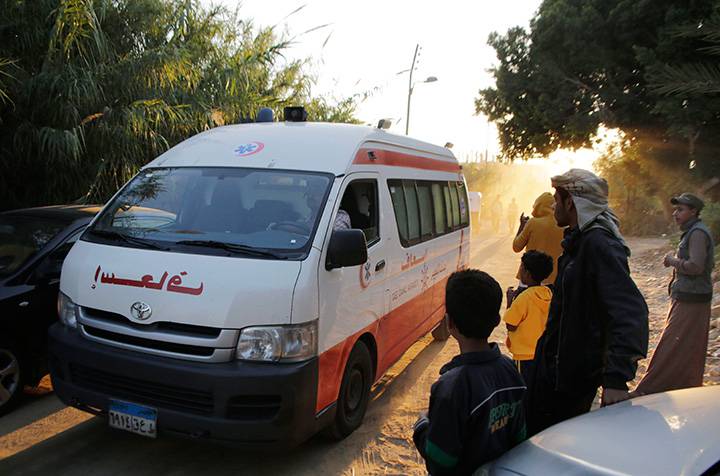 At least 26 people including children are dead and dozens more injured after masked gunmen opened fire on a bus carrying Coptic Christians in Egypt, it has emerged.

Up to 10 masked attackers dressed in military uniforms stopped a convoy in Minya province, 140 miles south of Cairo, as the group was heading towards Saint Samuel the Confessor Monastery in Maghagha to pray.

The gunmen, who arrived in three four-wheel drive vehicles, used automatic weapons to spray the bus with bullets before fleeing. Only three of the children travelling with the worshippers survived, local media claimed.

The group was travelling in a convoy of two buses and a truck from the nearby province of Bani Suief when the mass shooting happened. No group has claimed responsibility for the attack, which came on the eve of the holy Muslim month of Ramadan.

It comes after ISIS claimed responsibility for three deadly church attacks in December and April that claimed the lives of dozens of people.

The jihadists threatened more attacks against the Arab country’s Christians, who make up around 10 per cent of its population of about 90 million. Khaled Mogahed, the Health Ministry spokesman, said that the death toll reached 26 but feared it could rise further.

Arab TV stations showed images of a damaged bus along a roadside, many of its windows shattered. Ambulances were parked around it as bodies lay on the ground, covered with black plastic sheets.

Egypt has been fighting ISIS militants who have waged an insurgency, mainly focused in the volatile north of the Sinai Peninsula but there have been also attacks on the mainland.