A naked kidnap victim fought his way out of the boot of a car where a gang was holding him captive as they drove through the streets of Edinburgh.

Emmanuel Chidubem Emmanuel struggled with the kidnappers as they tried to force him back into the BMW X5 in front of shocked passers-by.

At the High Court in Edinburgh, four men were convicted of assaulting and abducting Emmanuel. Police said it was an “extremely frightening experience” for the victim.

Emmanuel, 27, was punched, kicked, and hit with a blunt weapon during his ordeal on 10 February. His clothing was cut and he was stripped, blindfolded and trussed up at a house in the Gilmerton area of the capital.

The gang accessed his online bank account and took cash from it before putting him in the car. He was driven through the city streets before he managed to disable the vehicle by pulling out fuses.

He fought with his captors after the boot was opened at Buckstone Road. Julie Arbuckle, 47, a social worker, witnessed the incident, which happened in broad daylight at 12:30, and called the police.

Giving evidence, she said: “They were all kicking and punching him and trying to get him into the car. At one point the naked guy, they had got him in the car but he got out the other door.”

The social worker said she shouted at the attackers to get off him because the police were coming and they began to flee the scene. She said Mr Emmanuel came over to her car and said “thank you”. 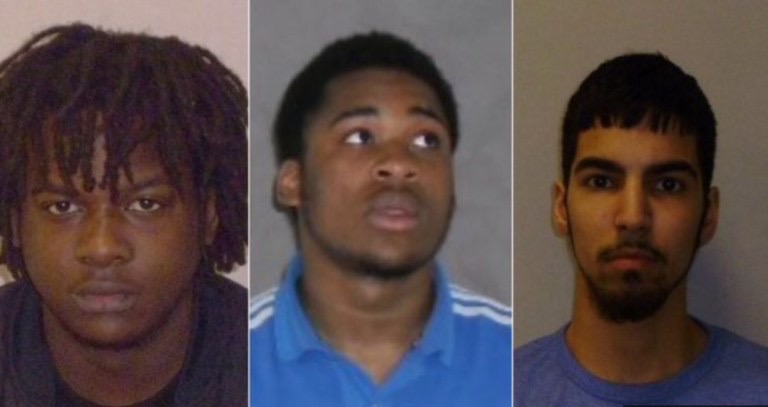 Suspects Hooman Sojoodi, 22, of Enfield, North London, Sanchez Facey, 23, of Edmonton, North London, Glen Elamo, 20, who is serving a prison sentence in England, and Arnold Mukueto, 22, a prisoner, will be sentenced next month.