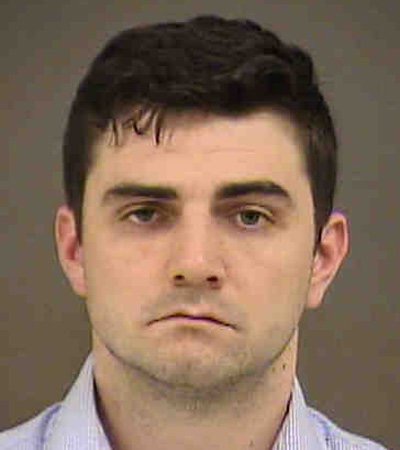 Police made an arrest Friday after disturbing video of a man being punched in the face during a Carolina Panthers game circulated online.

The cellphone video shows a Carolina Panthers fan sucker-punching another fan during Thursday night’s game at Bank of America Stadium.

The incident happened after the 62-year-old victim told the Panthers fans standing in front of them that they were “being jerks” for not sitting.
The Instagram post read, in part,

“The dude took offense to the couple never sitting down and obstructing his view. The victim telling the dude bro how they’re being jerks and how rude they are for not sitting.”

#dudebro & his chicka were standing for the entire game. words gradually got more and more escalated. there previously was a single mom and her son between us, they left halfway through the 3rd. after that, the lid was off. the dude took offense to the couple never sitting down and obstructing his view. the victim telling the #dudebro how they’re being jerks and how rude they are for not sitting. the #dudebro turns around and calls the victim a “geriatric f—k”, “fa***t”, and “hick”. then sucker punches him right in the face. i don’t know if he got away or left in handcuffs, but i hope it’s the latter. edit: to clarify further, both the puncher and punchee were wearing Panthers attire. The assailant was seated in section 541, row 24, seat 10.

The graphic video then allegedly shows Maraghy repeatedly punching the older fan sitting behind him. The older man seems stunned, and tries to ward off the blows as blood starts streaming down his cheek.
According to WSOC, Maraghy was also charged with assault in 2013, but his charges were eventually dropped.