Alejandra Rubio, the world champion bodybuilder was burned alive in her car after a horror smash with a lorry that killed four other competitors in Argentina. Alejandra, a three-time champion was heading to a tournament in northern Argentina with four of her competitors when she crashed into a lorry on Thursday.  A footage taken moments… 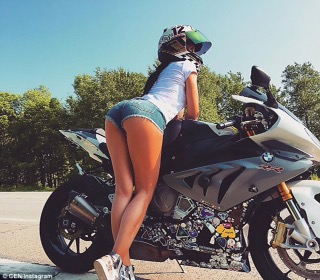 A female Russian biker who was popularly known on social media for performing raunchy stunts in sexy skimpy outfits has been killed in a horrific crash. 40-year-old Olga Pronina died on Monday after she lost control of her BMW S1000RR bike and crashed into a fence in the city of Vladivostok, the south-eastern Russia’s Primorsky…

Oprah Winfrey recently opened up about her rough childhood, saying that being molested by relatives, and being raped and impregnated at 14 by her uncle, led her to consider suicide. “I hit rock-bottom,” Winfrey said on The Hollywood Reporter’s Awards Chatter podcast. “I became pregnant and hid the pregnancy. I’d intended to kill myself actually….